Okay, so here's the deal... You know when you really really want something but the voice in your head is telling you it doesn't make the slightest sense?!?! I get that all the time. Sometimes it's louder than the other times --and this was one of the occasions. 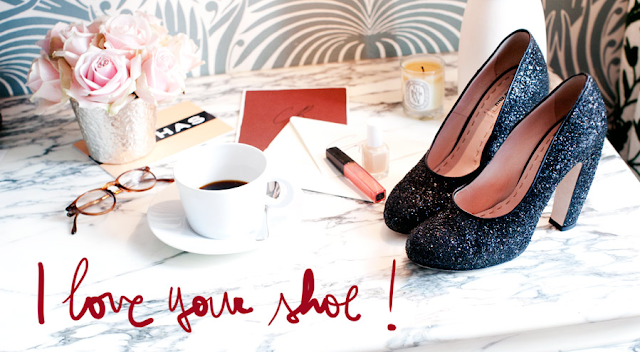 So, I was browsing through the miu miu collection (kind of long time ago) and fell in love with these shoes. They were so sparkly and pretty and just looked perfect for my feet. Then after a while, as  I had forgotten about them ...they were suddenly everywhere! In every blog and every streetstyle photo, girls in Paris wearing them ... gosh. They wouldn't leave me alone. And then I got obsessed. 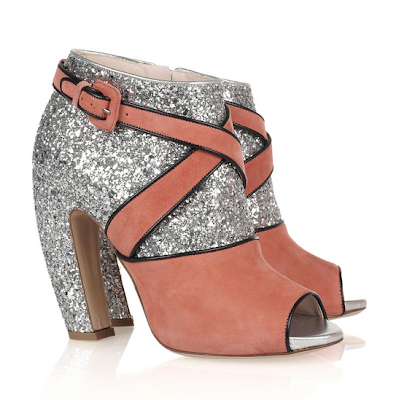 The worse part was that I felt like I really would deserve them and started to plan buying them... So I made a decision I would buy them in Singapore (tax free, u know - It made sense - saving around 60 € would be another pair of  shoes, kind of - hah!).

OK, so (when traveling) we got to the miu miu shop at Singapore Changi airport and they didn't have them left! Only the ones in green. I didn't want those. Then I thought (the voice in my head said) why would I ever pay more for my shoes than I do for the flight here to Singapore. That got me thinking (and the fact that my boyfriend had silently walked away from the store rolling his eyes)... and then I made a (very smart) decision I would just leave them to other girls and silently admire them. And I was very proud of myself...

Until my friend bought them! Argh - And then another friend. Double argh! It's like they're not leaving me alone. The worst part is that I kind of got over them already but now I feel that I do really really need them!!!

I'm hoping telling you about this would make the obsession go away. Kind of like Elin Kling does all the time. (I'll tell you later if it worked...) 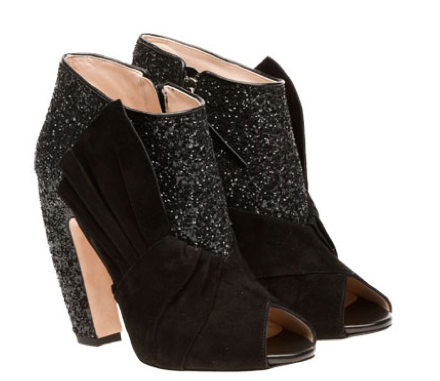 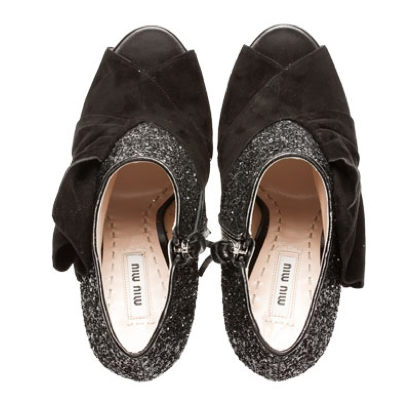